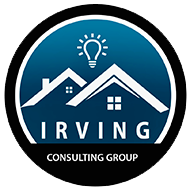 MassHousing is an independent, quasi-public agency created in 1966 and charged with providing financing for affordable housing in Massachusetts. The Agency raises capital by selling bonds and lends the proceeds to low- and moderate-income homebuyers and homeowners, and to developers who build or preserve affordable and/or mixed-income rental housing. MassHousing does not use taxpayer dollars to sustain its operations, although it administers some publicly funded programs on behalf of the Commonwealth. Since its inception, MassHousing has provided more than $24 billion for affordable housing.

NewVue Communities is a nonprofit organization dedicated to creating strong and healthy neighborhoods where residents choose to live, work, and invest.

By taking a leadership role in the community and being innovative, we are doing important work in the area of homeownership, housing development and small business counseling. This unique approach wouldn’t be possible without harnessing the collective power of residents, federal, state and local agencies, businesses and other non-profit group.Together, the goal is to create long-term solutions by strengthening the sustainability of the entire region.